Darren Petersen, the “black sheep” of his family, was reunited with his long-estranged father near the end of the year he spent in the Calgary Drug Treatment Court.

Darren’s 30 years of drug use caused his father to disown him. After a two-decade separation, he saw his father a few months before graduating from the Drug Treatment Court. “I saw the shape he was in,” he recalls. “He was frail, ill and dying of loneliness on his acreage.”

Darren made a commitment to look after his father when he graduated from Calgary Drug Treatment Court in 2010. He moved from Calgary to a town near Edmonton, into a one-room shack behind his father’s house. Six years later, his life is full and challenging: cooking and cleaning for his father, looking after a beautiful acreage, and working full-time as the lot manager for a Dodge dealership in Edmonton. He is involved in his community and sits on various boards and groups.

“He’s proud of me,” Darren says of his father. “The black sheep of the family was the only one willing to look after him.”

Darren is one of the earliest and most visible graduates of the Calgary Drug Treatment Court, often speaking about the program’s success at conferences. He carries a 1999 photo of himself to remind him of what life was like before Drug Treatment Court. “I spent 17 to 19 years behind a wall of one sort or another,” he says, “and now I’ve been out of jail over seven years, crime free.” 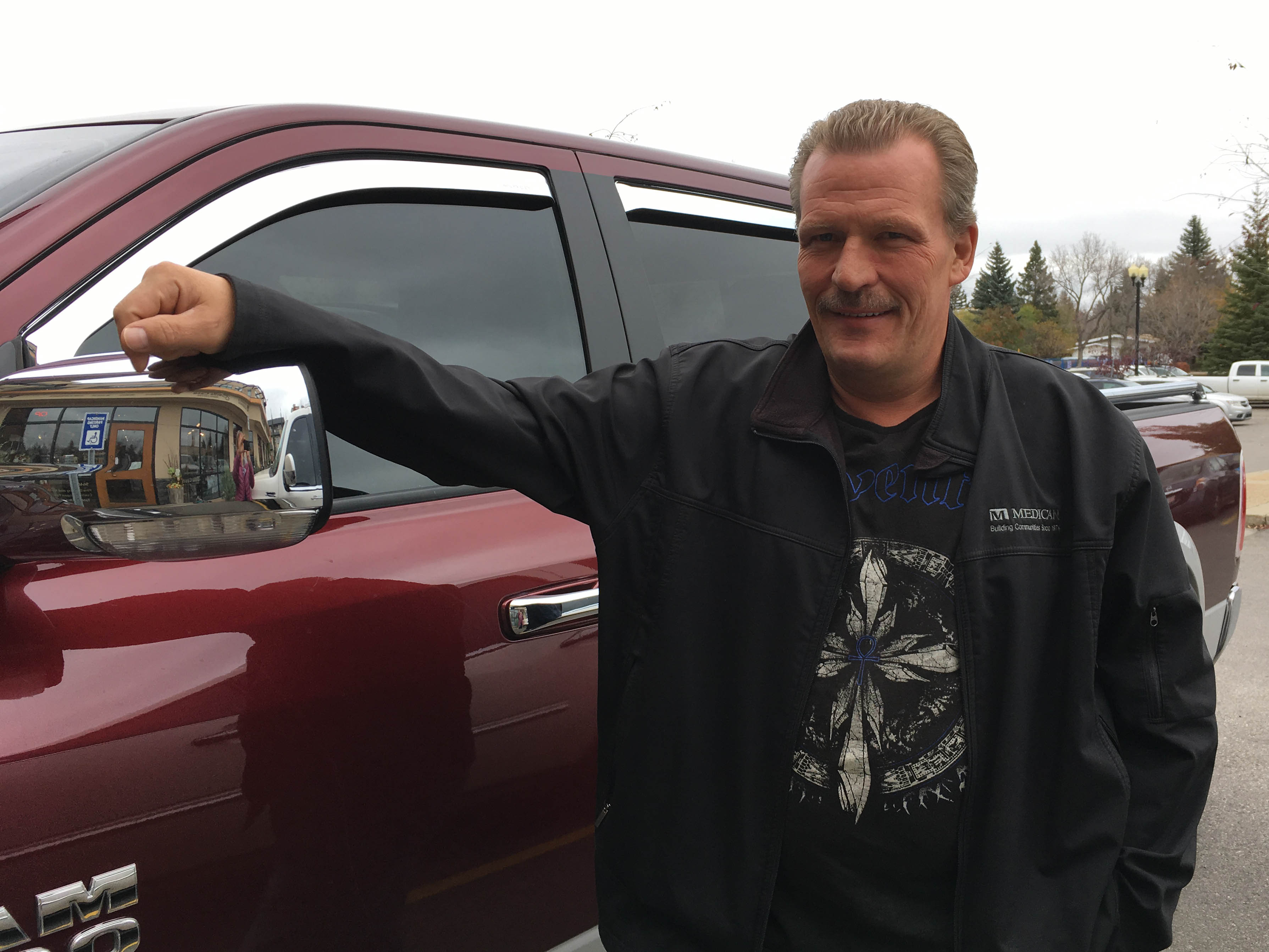 Darren’s parents split when he was 12 and as the oldest boy of five kids, he thought he was the man of the family. He started to drink and smoke pot to feel accepted. His problems escalated, leading him to drop out of school after grade nine. He worked from the age of 15 on, getting well paid for his work. Darren’s drug addiction progressed along with his job responsibilities. He’d get paid Tuesday and not show up to work for a few days. By the early 1990s, his good wages couldn’t support his drug habit. He quit, focusing on commercial break-and-enters to pay for the cocaine, morphine, heroin and prescription drugs he was using.

“There wasn’t a single day when I wasn’t in jail, that I didn’t do some form of drug,” he says. “In jail, I did drugs as often as I could.”

Once released, he’d go back to using and stealing, estimating he needed to steal $5,000 worth of goods to sell on the street for $1,000.

Between the property damage, police time and incarceration, Darren figures he easily cost society millions of dollars over the years.

“Hopeless, useless, desperate and lost” at the time of his last arrest, Darren was ready to hear a police officer’s suggestion that he check out the new Calgary Drug Treatment Court. He applied and was accepted in 2009. The program was intense, but he felt comfortable there and at the Calgary Dream Centre.

Darren credits his success to a few things:

* Maintaining a grounded, spiritual connection with God. Without that, “my mind is a mental time bomb, waiting to go off.”

* Calgary Drug Treatment Court, for being accountable and honest.

* Writing his thoughts in a daily journal, then “making it better” through prayer and apology.

* Paying it forward by hiring drug court graduates and mentoring them.

“I don’t have the desire to do drugs anymore,” he says.

“No matter what I’ve done – even crime – I’ve tried to be the best at it. But I’ve learned that good choices come from experience and experience comes from poor choices. And I’ve had lots of experience.”