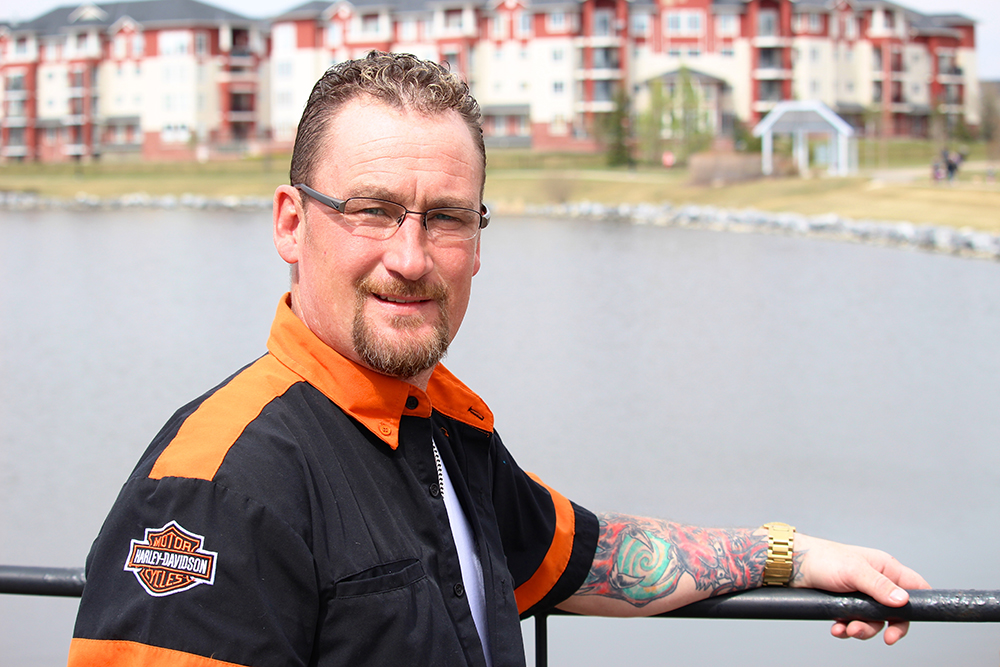 By all appearances, Pat L. was an ordinary family man. He’d rise each morning, get his kids off to school and go to work as an insulation contractor.

But in the wee hours of the night, he was a copper wire thief, so good he could make $1,000 to $5,000 every three days, enough to pay his bills and support his crystal meth habit.

To cover his tracks, he constantly lied to his wife, his three kids, his boss and his partners in crime.

“I thought I was smart enough to get away with it forever,” Pat says of his decade-long deception. “In the end, I was grateful for finally getting caught. I couldn’t get out of the circle of using meth and theft.”

“I didn’t know where to go for help, but I knew I had to change something.”

Facing a potential three-year sentence, Pat quit his meth habit, sought treatment in Narcotics Anonymous and went to Calgary Drug Treatment Court, even though he wasn’t initially accepted into the program.

“They made a special exemption for me and implemented a day-treatment program to help me support my family,” he says. “I was the first person in the Calgary program able to stay at home, work at my job and do the treatment. Drug court taught me how to manage my life responsibly, to not get out of control with decisions but to think them through.”

Drug-free since 2012 and a graduate of the drug court program, Pat now coaches his kids’ football teams, takes them camping and dirt-bike riding. He enjoys giving back to the addict who still suffers and finds the service component of Narcotics Anonymous keeps him clean.

“Addiction is a battle, it’s a war. The ‘officers’ in our lives hold us accountable. They are the drug court, the judges, the 12-step groups, the treatment centres. We serve them.”